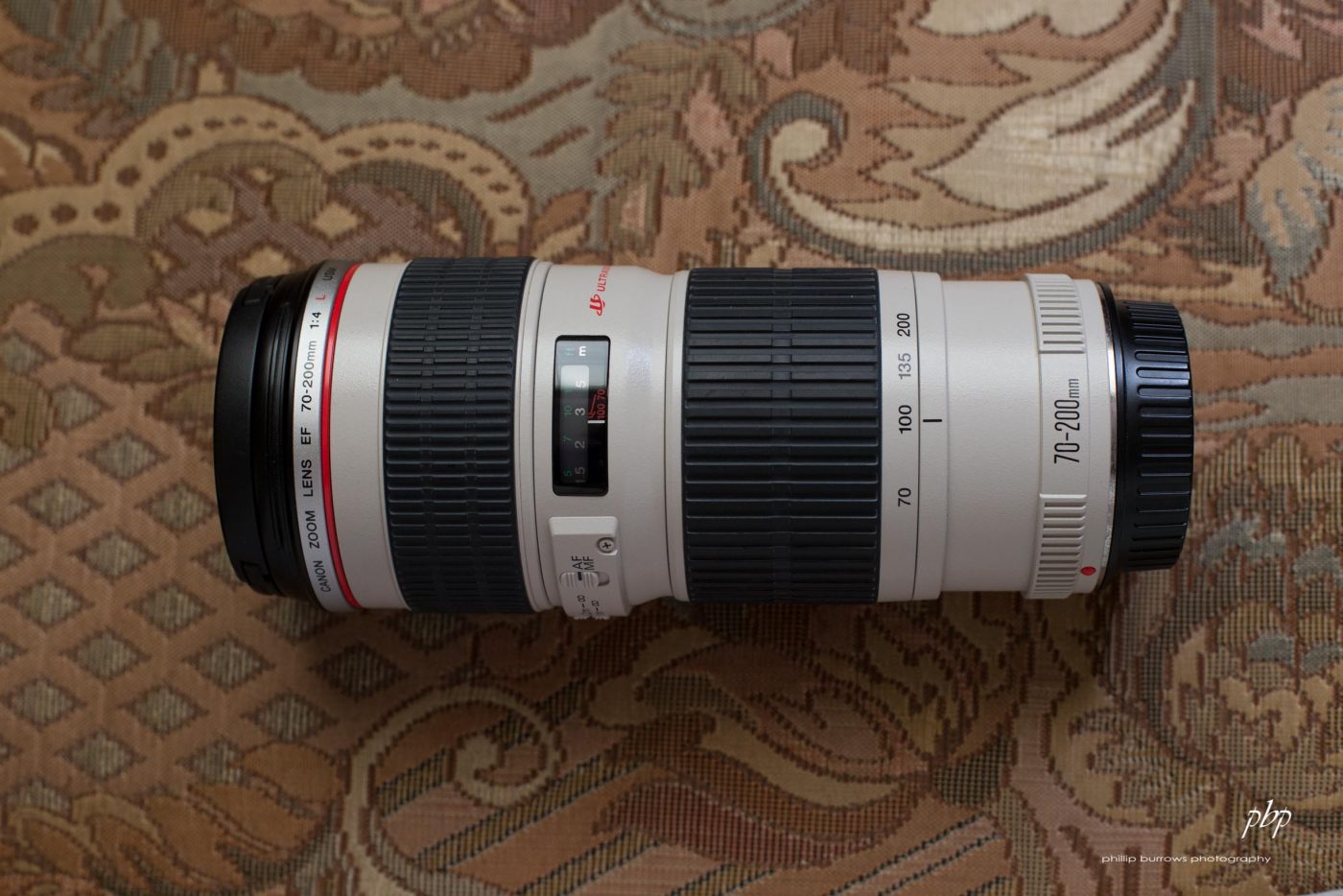 The Canon 70-200 f4, the non IS version, is one of 4 Canon EF lenses with that 70-200 zoom range. It is also the cheapest (read least expensive) Canon L lens you can buy. There is no image stabilization or weather sealing, it’s only an f4 aperture and lacks the flare reducing coatings that are common in more modern lenses. That’s because this lens was released back in 1999 and a lot of that stuff hadn’t been invented yet. However, this lens is still in production as of the writing of this post. So why would anyone want this lens?

Let’s start with its construction. If you’re new to photography and or you mainly use lenses that were primarily designed for crop frame cameras you are going to be surprised by the construction of this lens. It exudes quality. There is no slack space, rattle or loose play anywhere to be found. Movement of the zoom ring and the focus ring feels tight, not as in difficult to move but as in well machined and tightly assembled kind of way and the barrel is made of almost entirely of metal. It’s the kind of thing that feels like stand the test of time. I am no expert on optics so I have posted the main specification above for those of you who are and can make sense of what 16 elements in 13 groups actually means. At the end of the day there is no mistaking this for anything but a quality product and exactly in line with the ethos of Canon luxury line of lenses. The lens comes with a lens hood and leather carrying case too. 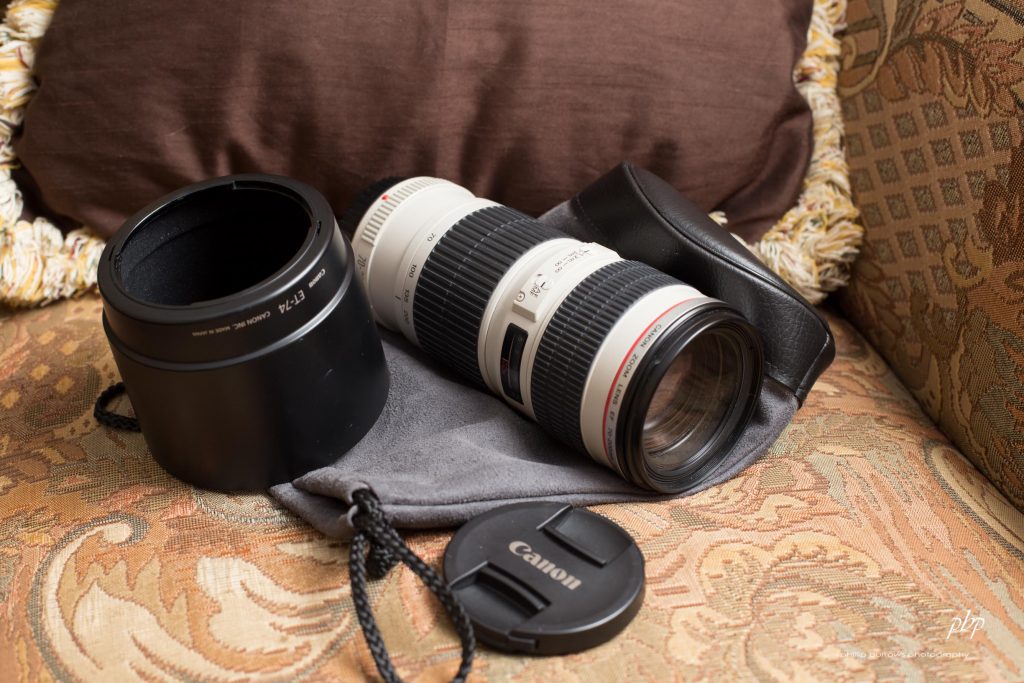 This lens is one of the lightest of the L series lenses and definitely lighter than all the other 70-200 models that Canon has. It is also the smallest of the L series telephoto zooms. When mounted to my Canon EOS 6D the combination is very easy to carry and hold still. The focus ring as well as the zoom ring moves very smoothly so if you shooting video it should be really easy to pull focus. Of course this is assuming that you have it set up on a really good tripod of course. It focuses quick but nothing to write home about. It is just about par for the course for Canon lenses with ultrasonic motors. Once you could hold the lens still the focus was usually spot on. I was a bit hesitant to buy this lens when I got my full frame camera. I didn’t use telephoto lenses that much at the time but because of the wider angel of view of the full frame camera I felt I needed to cover my bases. It was cheap (relatively inexpensive) but it lacked a lot of the features that you come to expect from a telephoto lens these days. Most notably image stabilization. It turns out though that this omission if far less of an issue than I thought it would be. The rule of thumb is that you need to shoot at a shutter speed that is equal to your focal length to avoid the effect of camera shake. However in practice I was able to get a reasonable high hit rate as low as 1/125 of a second at the 200mm end.

The image quality is fantastic. Even though the design of this lens is 17 years old it still is able to push the limits of a modern sensor. It is not quite as sharp wide open as Canon’s Ef 70-200mm F/4 IS L, (few lenses are) but unless you shoot with prime lenses you shouldn’t have anything to complain about. It is at is best once you stop down to f5.6 and onwards. 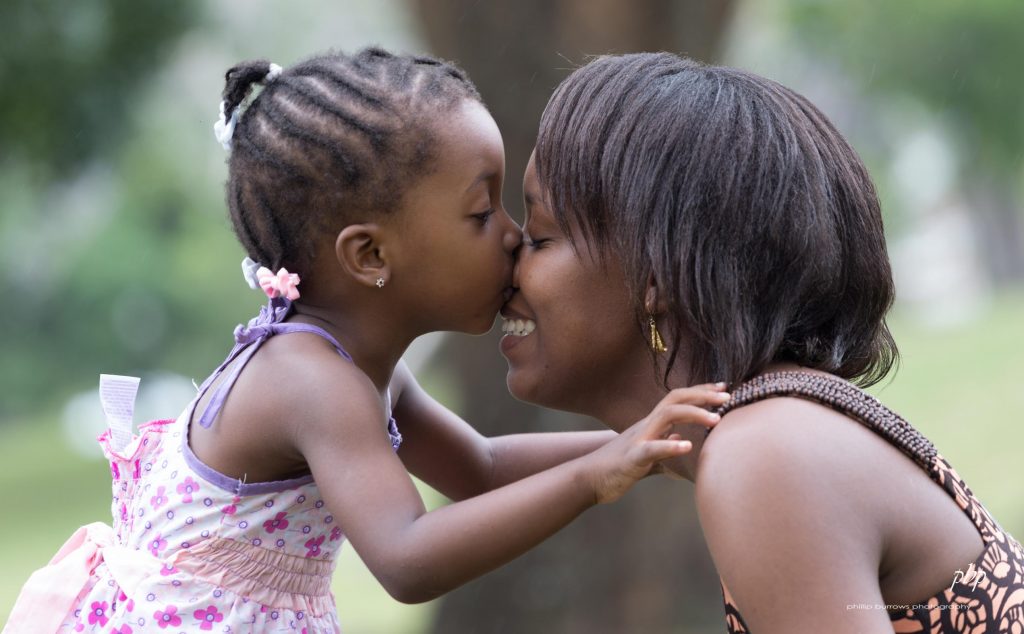 The image quality is pretty consistent across the frame and across the zoom range too. Telephoto lenses are very good for portraits because the focal length compresses the background making it appear blurry and indistinct. The relative distance from the subject in relation to the distance from the background matters so the closer you can get with a longer lens the better. The effect can be enhanced with a wide aperture. This lens on a Canon EOS 6D full frame camera provides very acceptable bokeh when shot wide open at f4 although it doesn’t give that much sort after look of 200mm at f2.8. 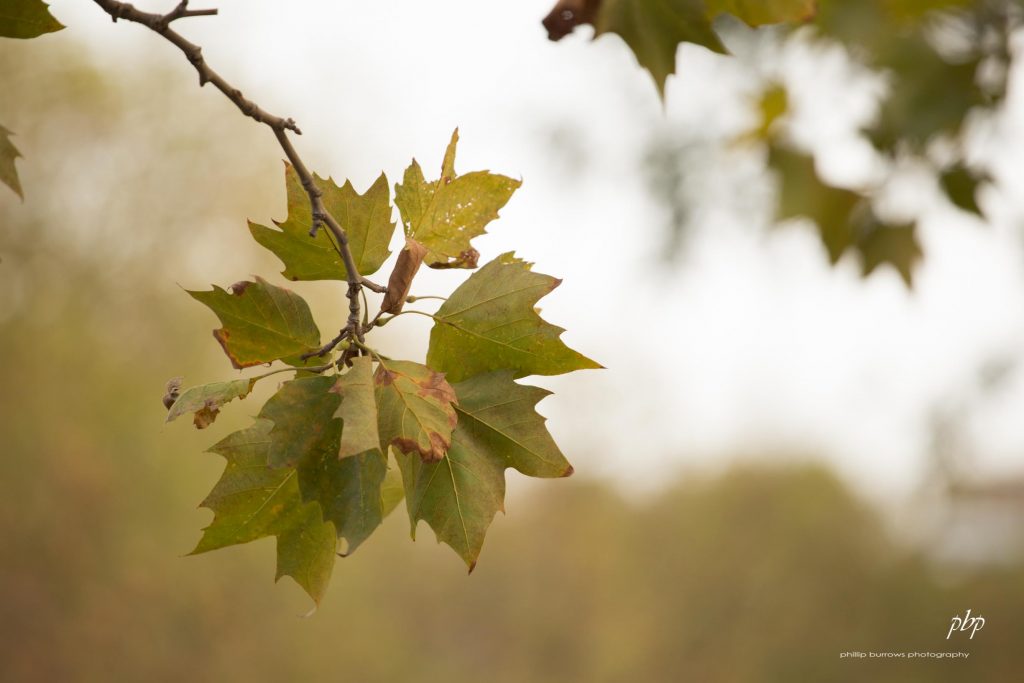 There is one aspect of image quality where this lens does show its age and that is with lens flare. Admittedly it is something that I didn’t pay much attention to before I got this lens but it is pretty noticeable. Lens flare is caused when rays of light reflect off the glass bits inside the lens instead of going through them. Modern lenses are built with special coatings on the glass bits that absorb this stray light. The problem shows up when you are trying to take a back lit portrait at sunset or trying to get that nice silhouette at golden hour. I call it a problem even though I know some people like lens flares and will even go so far as to incorporate them into an image digitally after the fact. The problem is that while they are pretty easy to add in Photoshop when you want that look they are almost impossible to remove when you don’t want that look. This lens might ruin a shot of the sunset for you. 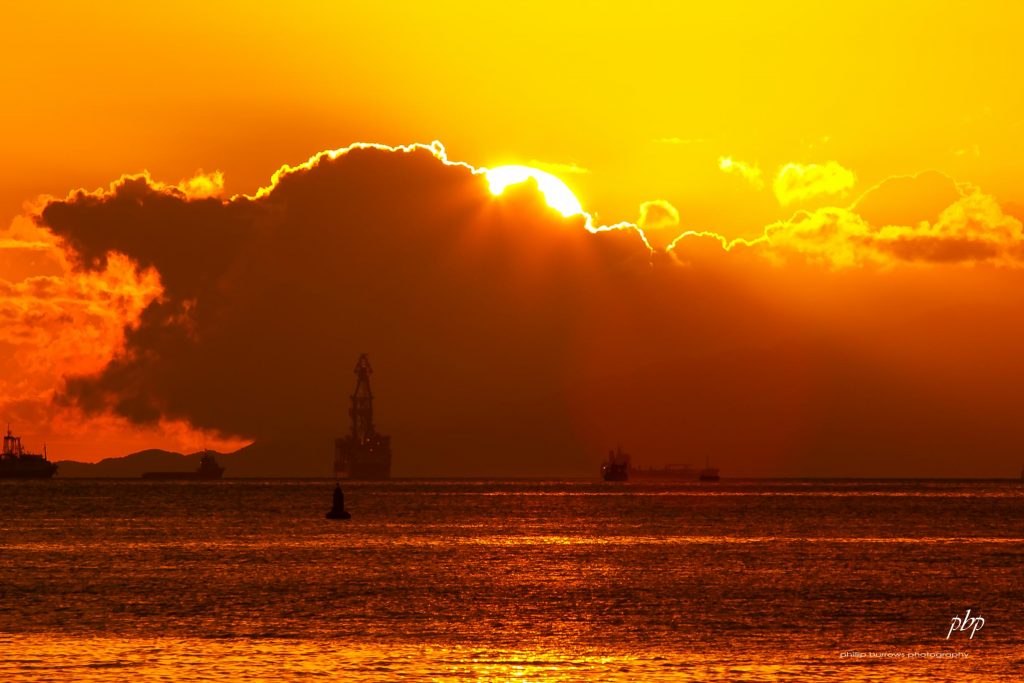 Overall I think the pluses outweigh the minuses. This is the least expensive and lightest L series telephoto zoom lens that you can buy. It may lack some modern amenities but for certain situations those features may not be necessary. Paired with a wide zoom and medium wide prime lens like a 35mm f2 or a 50mm 1.8 this could make a really high quality walk around kit for those on a tight budget. 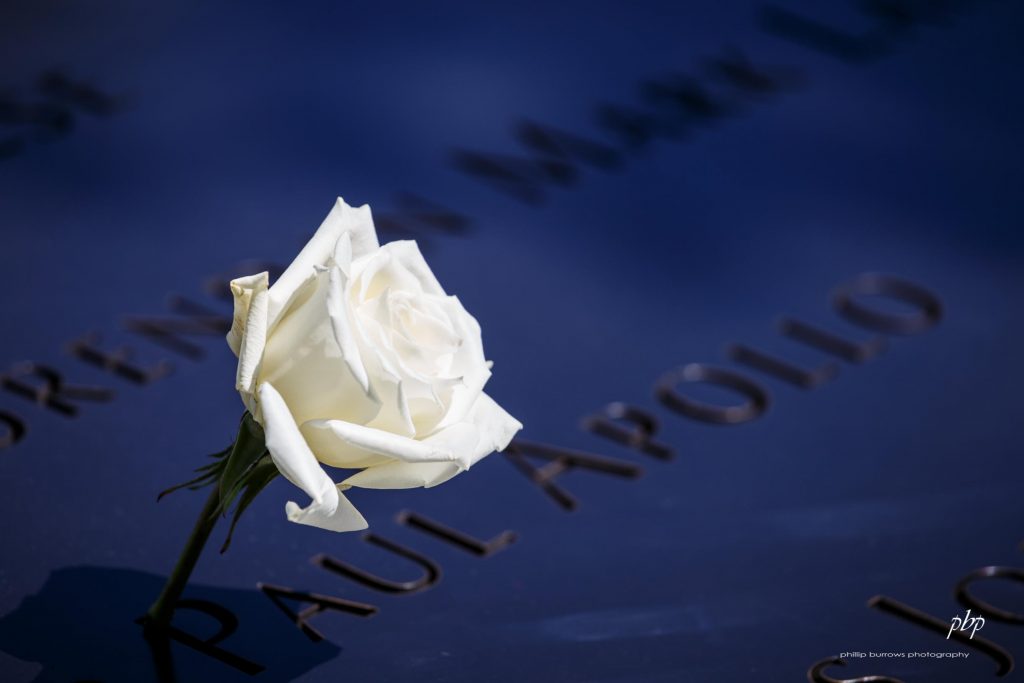 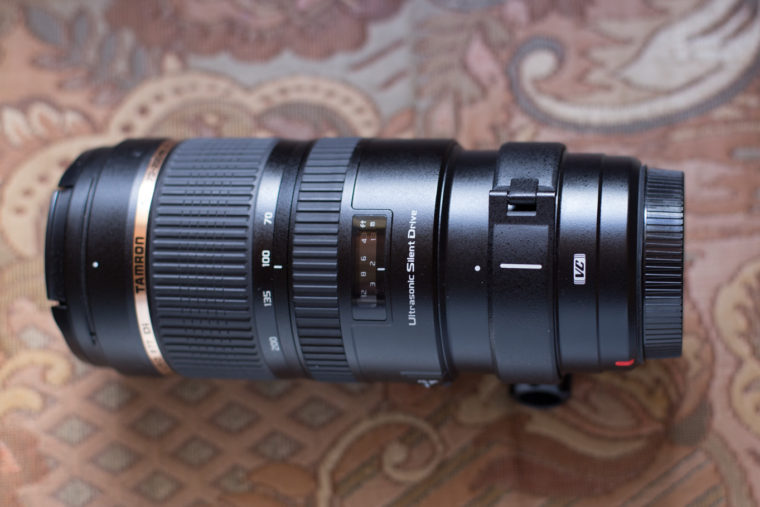